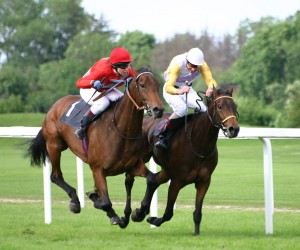 In the Totepool Handicap (4.00) at Chelmsford City on Wednesday, Tacticus recorded two bloodless victories over 1 mile 4 furlongs at Southwell last month, but has never won on any surface other than Fibresand and takes a significant rise in class off a 13lb higher mark, so clearly faces a much tougher assignment this time. The horse he beat at Southwell last time, Sellingallthetime, was beaten further in a 0-75 handicap at the Nottinghamshire track on Tuesday, so the form may not be quite as good as it looked at the time.

Urban Castle has, similarly, done all her racing on the Tapeta surface at Wolverhampton, but she is one of the few in the field with form at this level and dropping back to 1 mile 5 furlongs could be in her favour. Collateral form involving Gabrial’s Star suggests she has the beating of Norab and she’s far from fully exposed after just five career starts. Indeed, she was only beaten 1½ lengths by John’s Reel, who’s now officially rated 97, over 2 miles 119 yards at Wolverhampton, so she could be well handicapped off a mark of 85.

At the time of writing, trainer James Tate is 2-2 at the new Essex venue and jockey Luke Morris is 6-21 (29%) on older horses for the yard on the all-weather, so the statistics are quite positive, too.