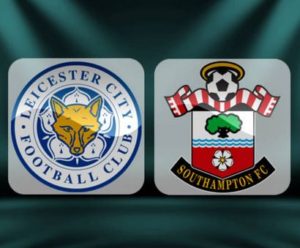 The Claude Puel Derby should be a good one. With Southampton entertaining for all the wrong reasons and Leicester trying to recover for a late European push, this should be an enticing game. Following the 2-1 loss to Burnley last weekend, can Leicester recover and get a positive result here?

When it comes to Leicester, the loss of Vicente Iborra and Kasper Schmeichel has been felt. With Schmeichel likely to miss out here, too, the return of midfield enforcer Wilfred Ndidi is very important. The Foxes are out of form a touch, with back-to-back losses in his absence. With his return, we should see them pick up some of the forceful nature that led them into the top half earlier in the season.

For Southampton, the loss of Jack Stephens on a suspension is a kick in the teeth. So, too, is the loss of Steven Davis and Mario Lemina; they are very short in the middle of the pitch. Mark Hughes will likely stick with three at the back in a bid to make up for the lack of midfield numbers (and quality) – Sofiane Boufal misses out, too, robbing them of a regular creative threat.

The sheer lack of depth in the Saints squad is being exposed in a big way at this moment in time. With so many injuries now adding up, it’s easy to see why they are a sure-fire choice for relegation.

With the Saints conceding a whopping 3+ a game for four matches, we cannot see them getting anything up at Leicester. The Foxes might be struggling a touch, but they should have what it takes to get a positive result here. Southampton simply lack the quality to stay in the league at this moment in time; a loss here would more or less consign them to relegation. We suspect that will be the case.